Flying into the Sun... Toward Tomorrow...

September 02, 2015
There are two things about this upcoming trip that I am trying to get my head around: flying into 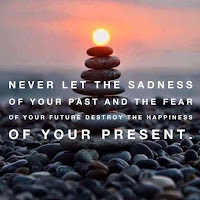 tomorrow and flying all night with the sun not setting.

By the time I leave Moncton later this morning, it will already be tomorrow in New Zealand.  That's not an easy thing for this simple mind to comprehend... an imaginary line that runs from pole to pole separating today from tomorrow as the world turns.

Early travellers and those who needed to keep specific dates were the first to identify the issues related to circumnavigating the globe.  They coined the phrase "circumnavigator’s paradox" identified by French Philosopher, Nicole Oresme who wrote:


From this it follows that if this [equatorial] zone were everywhere habitable, one ought to assign a definite place where a change of the name of the day would be made, for otherwise Socrates would have two names for the same day and the other [Plato] would have the same name for two days.

This reminds me of a conversation Krista Tippet had with Carrie Newcomer on her blog, On Being where Carrie spoke of of what it is to cross thresholds of fear and new opportunities.  You can listen to the interview here: www.onbeing.org/program/carrie-newcomer-a-conversation-with-music/7049

Carrie captured some of her reflections offered in the interview in her song, A Light In the Window which is found on the album A Permeable Life

Looking out at the night, the only driver's wheel
Curving hips made of snow in the withered fields
There's a house up way back where the lamp light glows
Left a star out in the cold for the people I'll never know

What would I change if the choice were mine?
I was doing the best I knew at the time
And every door and was opened and door that closed
All the things that made me glow, set me off down another road

I pass from mystery to mystery, so I won't lie
I don't know what happens when people die
But I hope that I see you walking slow
Smiling wide as the sunlight grows
Drop my map with a thousand folds
In the distance I see a glow
There's a light, there' s a light, there's a light
In the window 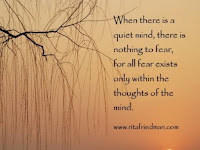 It is a beautiful song that caputres many of the themes that resonate within me as I prepare to set off... "I was doing the best I knew at the time...  the old has already passed away... standing here on a new threshold..."

The other element of the upcoming flight that will be a new experience for me is flying into the sun - flying into tomorrow.  Others who have made a similar journey, flying west out of Vancouver tell me that the sun will not set - and yet, you will arrive in tomorrow... and that requires trust, trust that even in the sun not setting that it will still rise tomorrow...

And so, with coffee and an early morning visit with the light of a new day, I've put the final items in their proper places, taken out the garbage and answered some last minute emails...

Westward... into the setting sun, into tomorrow... on the Sabbath Road...