September 14, 2015
First full day in Sydney… well where the day began anyways!  The flight was in on time last night 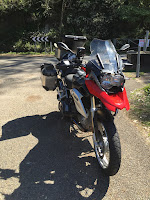 from Cairns.  Note: to pronounce it right drop the “R” and force the rest of the word through your nose.  Until you do that most Aussie’s will look at you with a blank stare thinking you’re talking about someplace in the UK! 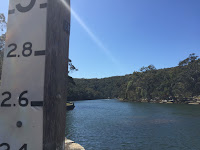 I managed to connect with folk back home while at the airport.  Gee I miss face to face voice conversations!  When texting so many nuances get lost… the language of the eyes and body language and tone of voice is all missing… it all worked out in the end but it was a little stressful when one word significantly impacts as conversation… I think we all have them: loaded words that are triggers for us?  And they don’t usually trigger emotions that have us reaching out or opening up – they are the fear, flight fight words because after all, we are a species that must survive… and that is the way we are wired!

Of course, I was the last one off the shuttle bus!  Perhaps because my hotel was furthest form the 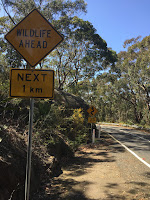 airport or perhaps it was just most efficient that way?  Whatever the case, I got to have a conversation with the driver about his work and the area of Sydney I was heading to… and the room sure was welcoming when I arrived… and then I realized I’d not eaten supper and was hungry.

Too tired to venture out I devoured the orange in my bag – considered some of the snack items in the mini bar (and then saw the prices)… had a shower and crawled into bed… and couldn’t sleep.  So I read a few chapters in the new Grisham novel I’m reading.  By midnight it was lights out and I didn’t wake til 7am.  A good sleep - straight through… a first on this continent!!!

I stayed in bed until about 8:30 and wondered down to breakfast… and paid through the nose for a breakfast buffet… I figured it was one of two meals today… and I’d not eaten supper the night before… and hey, I’m in Australia!  Enjoy.  I did.  Bacon, sausages, scrambled eggs, home fries and toast… yum yum yum. 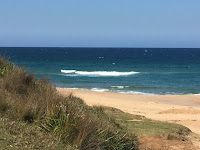 By 9:30am I was in a cab head to Bikescape Motorcyle Rentals where I quickly signed all the paperwork loaded the GS and struck out south.  Boy am I glad I spent the additional $40 to have the GPS on the bike.  Sydney is a BIG city and signage SUCKS!!!   Had it not been for the GPS I’d never have found my way out!

The GPS is the exact same model as mine at home – the only difference is that whoever used it last had a make voice set up on it… I’ve named him “Mate” as in, “Eh Mate, where are we going now?” 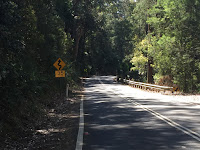 entrance fee and the chap waved me on… ok… I’ll keep my $11 in my pocket.  Same thing happened as I passed by the entrance to a second park… “Ok” I thought… “I like this…” and the fact that the road rose and fell, twisted and turned, had no pot holes or frost heaves... it was beautiful riding!!!  And the smell… stick your head in a huge garbage bag filled with  eucalyptus branches and you will have an idea what I was riding in and breathing deeply of.  What a feeling!!! 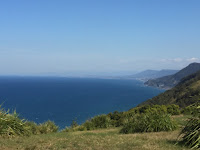 And then suddenly you round a bend and over a rise and before you is one of the best lookouts on the NSW coast. Stanwell Tops is a fantastic lookout along the coast. Wow!!!  And from there I followed the Grand Pacific Drive, that winds and undulates, literally taking you over the ocean on the 665m Sea Cliff Bridge.   What an amazing road, similar to the Coastal Highway in British Columbia, it hangs out over the ocean and winds along the coast before leading to a series of small towns…  I eventually landed on the M1 motorway but found that I could take smaller roads along the coast – so I did and it was a Seven Mile Beach that I saw my first in the wild, live kangaroo.   He was on the side of the road eating something.  Unfortunately traffic did not permit a U-turn for a picture!

At Berry I stopped at a “Bottle Shop” aka – private liquor store with shelves and shelves and shelves of wine and craft beer.  I limited myself to three bottles of beer for the evening and then mounted the bike again for the climb over the range the forms the Kangaroo Valley. 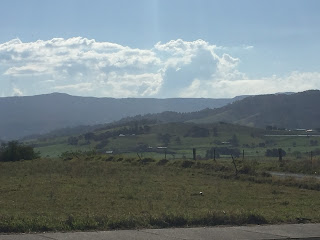 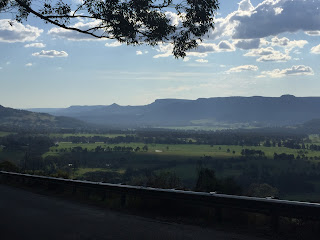 What a technical road!  25km an hour… and I did 20km an hour.  I’d not want to ride it on a rainy day or in a large truck!  Barely wide enough for two cars, its called a “Tourist Road”.   I was some glad to be off of it before dark and… to get to see the lovely vista of the Kangaroo Valley!

I settled into my room and then headed ino the village where I enjoyed a beer, burger and chips at the Friendly Inn.  What a cool place.  It sure looks like it is a popular gathering place: pub, restaurant, and with a huge playground and bbq pit out back!

It’s been a glorious first day in New South Wales… on the Sabbath Road...