Corner Brook to Little Port with Lunch Along the Way

August 12, 2015
Well, those who set the agenda for GC42 called this a Sabbath Day.  Folk worked in the morning and various tours and events were schedule for some rest and relaxation for Commissioners.  As a visitor I was unable to take part in the scheduled tours or events so I made my own... but first, I sat through a morning of word-smithing a proposal that had been presented to the Court by a Sessional Committee... and I was left feeling somewhat frustrated.

The process as I understand it is as follows:

Perhaps you can understand why, when the opportunity presented itself, that going for a ride on a twisty road was much more appealing - even if the max speed limit for the whole run was 60KM... I would still be further ahead... as stated by a colleague: its going to take a lot of work to make the Comprehensive Review and the process used to arrive at the end product comprehensible to the folk back home... 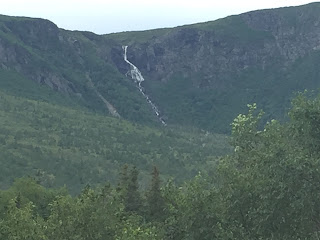 I stopped for long lunch at Lark Harbour... not long by my choice!  The restaurant was small and busy and I think they were understaffed... be that as it may I amused myself by deleting some items on my phone - it was all I could do as there was no cell service...  It was an interesting exercise as I was taken back to almost the same date in 2013 when I was using my phone to make notes at a Courage to Lead event with Parker Palmer.


Potential for the future always overcomes the pain of the past!

Don't blame or shame yourself for something you did not know.

It was an emotional moment to realize that I'd written those words two years ago and to know that I've begun to make some very significant changes in the my life.  And, that these changes have contributed to my finding peace, giving love and creating more beauty in the form of reflections, poems and photographs.

My lunch finally arrived.  Pan fried scallops, fries, gravy and dressing.  It was good but I was underwhelmed with scallops.  They were small, not very plentiful and slightly overcooked... alas, they were fresh and tasted good - and I wasn't sending it back as I wanted to return to Corner Brook before dark!!

With lunch consumed and the bill paid I continued on to Little Port in the rain, hoping that it would not turn into a downpour as I really didn't want to go to the trouble of putting on my rain gear. 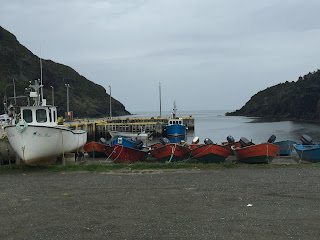 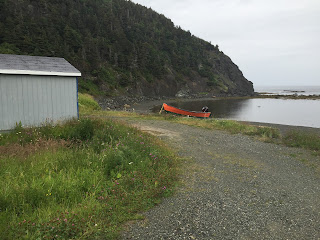 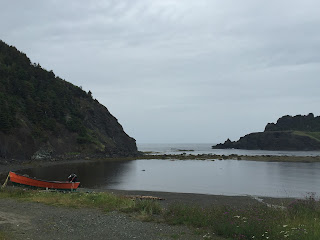 As I headed east toward Corner Brook the rain became a little heavier... I didn't stop until I got to Tim Horton's where I warmed up with a coffee and a conversation with Peter Short and Nora Saunders about riding and exploring and the life and times of GC42... reminding myself that I was a visitor... and holding close to my heart Peter's words from last night: "The good spiritual path always begins with respect..."

Unfortunately my respect was in short supply as I learned of a challenge being faced by a friend back home... some people can be so hurtful...  and there is nothing that can be done... except show up, bring your best self, and do the right thing... repeating as necessary...