August 03, 2015
It was another early day.  I woke at 3am and forced myself to go back to sleep... and woke again at 5am and got up and at it.  The few things left out in the room (tents and ground sheets and all the other stuff that exploded out of the bag after two days of camping was packed up before bed) were quickly tucked away... and after a delightful conversation to begin the day... I was off!

As I pass by Edmundston "I could have made it last night" I say to myself.  And before I know it I'm passing through Grand Falls.  Eat now or later?  Later I decide as I don't need gas yet.  Well, when I arrived in Plaster Rock with my stomach growling... there was not a restaurant to be found with an open sign in the window.  Should have known better... Oh well.  Full tank of gas at the Irving and a greasy breakfast sandwich, a coffee and a donut, and I was off across the Renous Highway.

There was no traffic and I made really good time.

I was getting closer!  Looking forward to a long hot shower getting stuff not having to live out of compression bags for a few days!

Rogersville was as slow and sleepy as ever... and once past there I again made very good time as there was little to no traffic, no police cars and no photo radar... at leas that I know of...

By the time I got to Moncton it was HOT and I was undoing zippers and wishing I'd put some cold water in the camelback.  Oh well. not much further now!!!

I left Rivere-du-Loup at approximately 6am (Central) or, 7am (Atlantic) and arrived in my driveway at 11:48am (Atlantic).  It was a good run and I was glad to get home to my little apartment, a comfortable chair and the opportunity to just be...

The bike was quickly unloaded and all the camping gear was spread out over the apartment to dry and air out some more... and then I received an invitation from a friends to meet her with her two daughters for a milkshake.  On a hot day who can turn down such an invitation? The milkshake was good, the conversation engaging and the sun... very warm.  They headed off to the beach and I went home to deal with the mess and wait to hear from the Justin and Zack about a possible meal/meeting before they went back to Halifax.

Unfortunately, I did not get to see them.  They were in a rush to get back to Halifax before rush hour.  Yes, I'm a little disappointed - but - that's life I guess.  I'll not see them before I leave for Newfoundland on Saturday so I'll have to try and make time to go and see them after I get back from Newfoundland and before I go to New Zealand and Australia.. 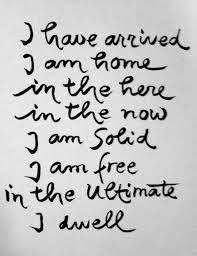 The laundry is on and I must go get some fresh food for the few days I am home... before heading out on Saturday to Corner Brook, NL for General Council...

As I was sitting enjoying my first Raddler (bought for another occasion that never happened and forgot it was in the fridge) I was catching up on Facebook and came across the following words from Imma Montellis.  Imma and I met in Norway.  She and her partner were staying with the same couch surfing host as I in August of 2005... anyway, these words she shared touched me deeply:


If when you get there your heart beats faster, you can't stop smiling, and happiness sprouts from every pore of your skin, it means you have arrived home.

It's good to be home: in this place, in this time and in
this manner... on the Sabbath Road...