Off the Road... Repacking and Regrouping...

On August 16th I arrived in St. John's to begin preparations for the Annual General Meeting of the 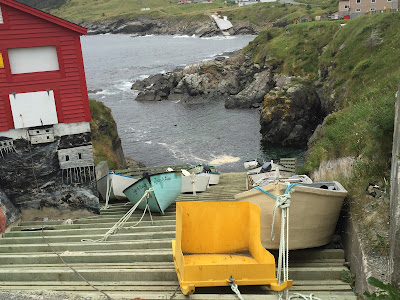 Board of Directors of Kairos Pneuma Chaplaincy Inc.  On the 17th my colleagues arrived and on the 18th and 19th we held our meetings filled with cautious hope for the future.

I had planned ahead for the 20th.  This date would have been Anna and I's 27th wedding anniversary and I knew it would be a difficult day for me... grief and sadness mixed with all the other feelings of self affirmation and hope that were part of making a very difficult decision.  I knew that Dad would understand and I wanted him to be close.  And so it was on this day that we rose and did a little 'tour around' as they say in Newfoundland: Signal Hill, Quiddy Viddy, Outer Cove, Middle Cove, Torbay, Flat Rock and Pouch Cove.  At Pouch Cove we did a little off-roading trying to get to Biscayne Cove... lets just say the adventure spirit does not carry well in a rental car on a jeep path!  We turned around after about 30km and headed back toward town. 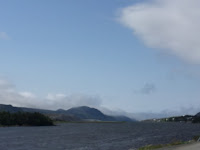 On the outskirts of St. John's we stopped at a Mary Brown's Diner.  Now I'd never eaten at a Mary Brown's before and I don't think I am likely to ever eat at a Mary Brown's anywhere else in Canada that has cod tongues on the menu!!  Dad had a good breakfast, Greg Rodger's had something healthy (he told me I had to write that Arlette) and I had Mary Brown's chicken.  It was all good... and we headed back to the Hotel where we met the rest of the gang and boarded the shuttle bus to Bay Bulls for a Puffin and Whale Tour with OBriens.  It was my third time on this tour... and it was still awesome!  The guide makes the trip!  Music, good information and even better stories!  Too soon the trip was over and we were heading back to shore.

Back at the Hotel it was decided that we would have an early supper before Greg Frazer departed for the airport.  Little did we know how important this decision would be...   We made our way down Duckworth Street to the Duke of Duckworth Pub, put in our orders (if I never see another french fry for a month or more I'll be happy) and then John checked his email - and that's when the wind was sucked out of our sails... 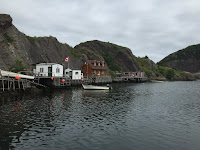 services over the next six years and in that moment we found out that we had been underbid.  Another organization, Bridges of Canada had submitted a lower bid and as a result, there is now an end date in respect to our plans to deliver chaplaincy services to those in the care of the Correctional Service of Canada: March 31st 2016.

We were stunned.  We always knew that this was a possibility.  We'd been very careful in drafting our response, building on our two previous successful bids.  We'd analyzed our costs very carefully against some needs we had identified for the next six years: continued increase of salaries, training and professional development, a National Chaplaincy Conference, continued interfaith policy development, increase of benefits and so on... and in the end we were outbid by a few dollars per hour over the six year period...

Our food came.  We ate. Greg Frazer headed to the airport and the rest of us returned to John's room where we continued to process the events of the day even as we tried to make some tentative first steps into this new reality.

As we shared that evening there was much gratitude in the room: thankfulness for the wonderful people we have had the opportunity to work with thus far, gratitude that we were together when we received the news, and even thankfulness that we had as much time as we did to assist the Chaplains, our employees, as much as we can in what will be yet another period of transition in their lives...

And so, with deep deep sadness for all that had been lost and what would be ending, we drafted a
communique to the employees and sent it to our translator knowing that the first way we could try and care for the Chaplains was  to provide them with timely accurate information.  We quickly realized that there will be much of this transition period that is beyond our control... the best thing we can do is focus on what we do have some control over and do that well...

Sleep did not come easy that night.  Despite the love that I experienced that night in the voices of those who care for me and believe in me, I still felt that I had failed.  Failed myself.  Failed my family.  Failed my partners and colleagues.  Failed the vision of interfaith Chaplaincy service delivery and failed the many individuals who had put their trust in KPC Inc. as a means to pursue and fulfill their vocation of service to 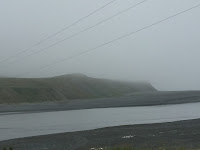 I had put so much of myself into this vision and venture... as a result there are still moments when I go to this place... but, I am more and more being able to remain grounded in a place of gratitude and hopefulness and this is largely due to ALL that has been my life to this point as I remember daily what is most important: showing up with your best self and offering it to the world.

I was also reminded that night, and since that night, again and again, that I am valued.  Not because of what I do, or what I say, not because of what I create or even what I bring to others...  but, as I am.  I fell asleep that awful night reading again the words of a poem, that I had shared with a friend who beautifully and wisely sent it back to me: 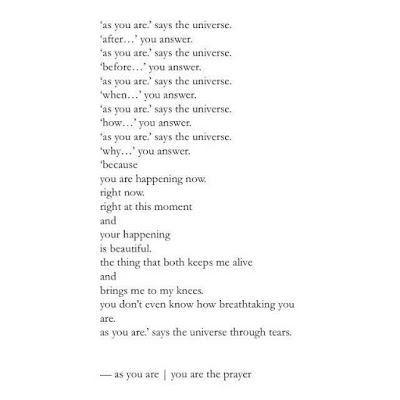 As I am... far from perfect, but hopeful, quiet, thoughtful, gentle and generous... some of the best I have brought to the world thus far and what I will continue to try and offer to the world as the days unfold before me.

On Saturday the 22nd, after spending Friday driving around in the fog (both figuratively and literally) with Dad as we toured the Irish Loop, he got on a plane and flew home to PEI and I drove to Argentia, NL to catch the Atlantic Vision for the trip home.

While sitting in the Three Sisters Pub in Placentia Bay, having a final taste of Newfoundland before boarding the ferry, I realized that it was the anniversary of Jack Layton's death and recalled with deep appreciation his words to all Canadians: 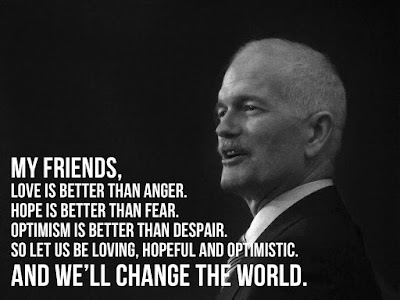 And so, today, I regroup and I am beginning to think about repacking for a week from tomorrow I set off on a journey "down under" that will be bittersweet on so many levels - but, I will do my best to treasure the moments as they unfold before me remembering that this moment is all we really have.

Simply: Let us be in this moment loving, hopeful and optimistic...