Attending to the Heart of the Leader... A Day with Parker Palmer and Others (Day 11)

human heart that has fostered most all of the important social movements in human history... those who worked for racial equality, the abolishment of apartheid - they didn't have money or power, but they had heart... to be reminded that when all the external forces are stripped away, and all they had was the power of the human heart - change was possible. 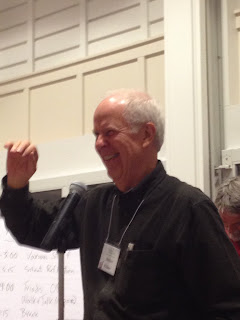 As we moved into considering the "habits" at a deeper level Parker shared the results of the groups input in respect to the habits we were most comfortable with and the habits we were most stretched by... the most people were the most comfortable with "we're all in this together" and the most people were the most uncomfortable with "holding tension in creative, life giving ways".  This was no surprise to Parker who then went on to share some his story.  He spoke of how he believes that his father provided for him an environment of expectancy - NOT expectations - but expectancy: that he would find his niche, that he would find his way, that he would discover his gift... and so on...

As I rolled this idea over I thought of the power it has in working with inmates: calling forth their best 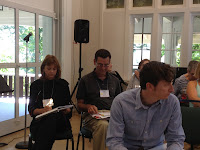 selves - affirming their possibility to be the best that they can be.  Parker spoke of how he learned that he could fall and survive and that this nurtured within him his dominate habit of the heart: a sense of person voice and agency.  He went on to speak of his writing and teaching using Ghandi's phrase: his life as an experiment with truth... discovering as time went on what floats and what won't... always working toward what he aspires to... all the while being prepared to risk failure.

This got me thinking about where I am at right now... this venture, experiment, new opportunity/challenge... and it feels good.  Scary - but good.  I believe, or have now come to understand that my decision to begin a conversation that led to the formation of KPC Inc. was rooted in this habit of the heart: a sense of personal voice and agency... a habit that is somewhat less developed than what I name as my dominate habit, "an understanding that we are all in this together". 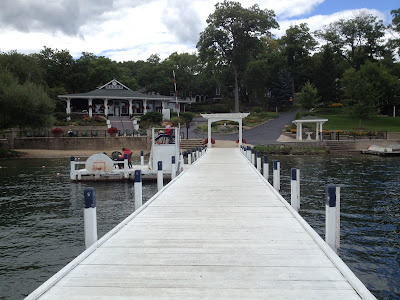 In the quiet time afforded us we were invited to reflect on who, what and how our dominate habit was nurtured in us.  I went back to my childhood and the experiences of being bullied as a result of my hearing loss... longing to be a part of the "all".  I also recalled the experience of being depended on as a goalie on the hockey team - thereby being a part of the "all".  I remembered how open our home was and how we had friends from across social strata and status and that mom and dad would do what they could to help those who needed it... I acknowledged Mom and Dad's small "l" Liberal leanings and their involvement in the community... And, of course the role that the United Church has played in nurturing my commitment and passion for social justice.  And most recently I am thankful for the small group of men that I meet with monthly to reflect and pray with and the manner in which they help nurture this and other habits of the heart...

It has always been scary
to step into the circle of firelight,
to show up in the company of strangers,
to ask for entrance or offer it. Our hearts race –
Will we have the courage to see each other?
Will we have the courage to see the world?
The risks we take in the twenty-first century
are based on risks human beings took
thousands of years ago.
We are not different from our ancestors,
they are still here, coded inside us.
They are. I believe,
Cheering us on.
Christina Baldwin, Caling the Circle


Following lunch we moved into examining our less developed habit - and again Parker shared some of his story - beginning with a poem by May Sarton: The Angels and The Furies

Have you not wounded yourself
And battered those you love
By sudden motions of evil
Black rage in the blood
When the soul premier danseur
Springs towards a murderous fall ?
The furies possess you.

Have you not surprised yourself
Sometimes by sudden motions
Or intimations of goodness
When the soul premier danseur
Perfectly poised
Could shower blessings
With a graceful turn of the head ?
The angels are there.

The angels, the furies
Are never far away
While we dance, we dance,
Trying to keep a balance,
To be perfectly human
(Not perfect, never perfect,
Never an end to growth and peril),
Able to bless and forgive
Ourselves.
This is what is asked of us.

It is the light that matters,
The light of understanding.
Who has ever reached it
Who has not met the furies again and again:
Who has reached it without
Those sudden acts of grace?


I was so moved by these words - there is so much of my life within words - the dance, struggle, desire 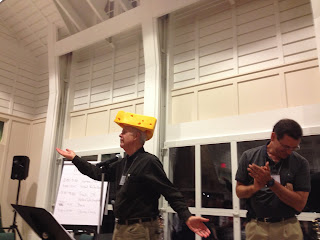 to please and serve - the selfishness of time away and all the commitments and demands that I take on and place upon myself and as a result lead to other things and relationships suffering.

Parker spoke of how for him "the only way out was in" - to go deep... for in the deep well if his own soul, the water nourishes him - and offers nourishment for others - but he does it first for himself, for 'I dare not write about it 'til I am ready to say, 'I am all of the above.'"

Another topic on which he spoke was the tendency of the human person to strive for effectiveness and as a result we end up taking on smaller and smaller tasks because those are the ones that can be accomplished... "Effectiveness is not a good norm by which to live your life."  And he went on to say, "There is not a sadder way to die than to have not shown up in the world as my true self... and in all cases faithfulness trumps effectiveness!"


Our mission is to plant ourselves at the gates of hope--not the prudent gates of Optimism, which are somewhat narrower; nor the stalwart, boring gates of Common Sense; nor the strident gates of Self-Righteousness, which creak on shrill and angry hinges (people cannot hear us there; they cannot pass through); nor the cheerful, flimsy garden gate of "Everything Is Gonna Be All Right." But a different, sometimes lonely place, of truth-telling about your own soul first of all and its condition, the place of resistance and defiance, from which you see the world both as it is and as it could be, as it will be; the place from which you glimpse not only struggle but joy in the struggle. And we stand there, beckoning and calling, telling people what we're seeing, asking them what they see.

What a vision for the human person!  What a vision of Chaplaincy - ones who, at the gates of hope "stand there, beckoning and calling, telling people what we're seeing, asking them what they see" - and maybe - just maybe in our actions of compassion and care for - those with who we work with may come to see the fullness of the human creatureness they are: good, capable of goodness, loved with the potential to love...

We ending with Carrie Newcomer leading us in singing her song, If Not Now.  Have a listen!  A powerful song that ended a powerful day...