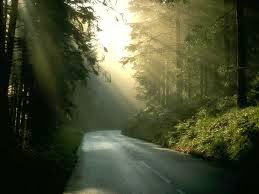 I spent the morning completing doing some administrative work and in that, was reminded again how many people know so little about what is so common place to me.  I am never shy to share about the important work that Chaplains do!! 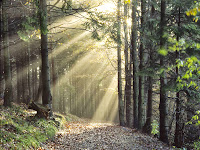 With the paperwork done I put on my IT hat and did some updates to the websites that I host and mange.  And then, I took the rest of the morning and crafted a funeral service and reflection for Mrs. Kay Wry whose funeral I was honoured to officiate at this afternoon.  Her and Albert her husband had enjoyed 57 years of marriage.  Kay was a respected teacher and educational administrator and following her retirement became a respected watercolour artist.

I was so drawn to her work the light seemed so nuanced - in most all of her works that I saw she captured the vastness of the world and her use of light left the viewer wondering if it was dusk or dawn...

It was this quality of light that led me to use Tom Hunter's song, Turning Toward the Morning as a basis for my reflection:


When the deer has bedded down

And the bear has gone to ground,
And the northern goose has wandered off
To warmer bay and sound, 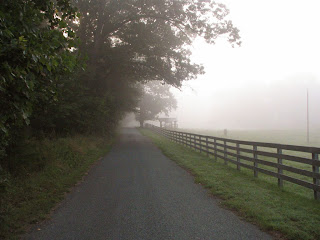 Now October's growing thin
And November's coming home;
You'll be thinking of the season
And the sad things that you've seen,
And you hear that old wind walking,
Hear him singing high and thin,
You could swear he's out there singing
Of your sorrow.

Oh, my Joanie, don't you know
That the stars are swinging slow,
And the seas are rolling easy
As they did so long ago?
If I had a thing to give you,
I would tell you one more time
That the world is always turning
Toward the morning.

When the darkness falls around you
And the Northwind come to blow,
And you hear him call you name out
As he walks the brittle snow:
That old wind don't mean you trouble,
He don't care or even know,
He's just walking down the darkness
Toward the morning.

It's a pity we don't know
What the little flowers know.
They can't face the cold November
They can't take the wind and snow:
They put their glories all behind them,
Bow their heads and let it go,
But you know they'll be there shining
In the morning.

Now, my Joanie, don't you know
That the days are rolling slow,
And the winter's walking easy,
As he did so long ago?
And, if that wind would come and ask you,
"Why's my Joanie weeping so?"
Wont you tell him that you're weeping
For the morning?